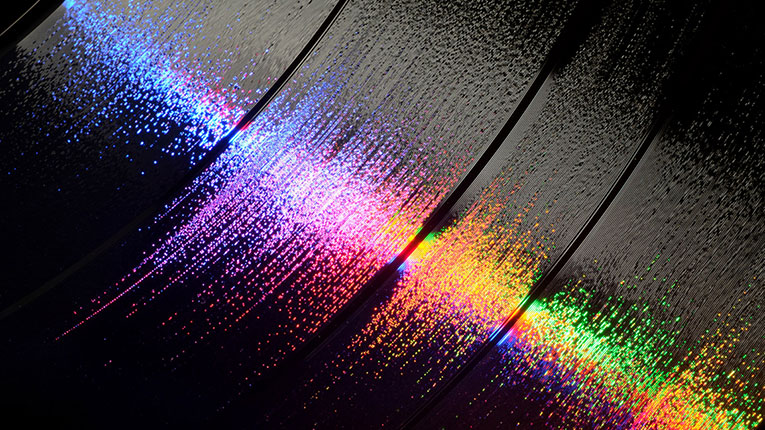 Alchemy, even at its origins has been about transmutation. From the esoteric Hermetic, who through various forms of transcendence attempted to reach the bodies state of perfection, to the modern day chemist who attempts to transform molecules to produce everlasting energy.

Both practices use elements as a foundation and produce wonders through transformation.

DJ Sho’s periodical table is his vast record knowledge and influences of music styles, transformed into gold by his turn tables and DJ skills beyond measure.

I had the privilege of meeting this modern day alchemist and asked him about his craft.

One night in 1997 when I was in high school back in Pittsburgh, I went to a house party and that was the first time I saw a DJ in real life. I literally stood there and just watched the DJ all night thinking to myself, “that’s what I want to do.” I was amazed on how he was mixing with vinyl and going through crates of records looking for the next song to play. Then, I remembered hearing him scratch. I was stunned! I didn’t have the money to buy my own set at the time and I remembered going to the downtown pawnshops every chance I can to look at turntables and mixers hoping one day I’d have them. By my senior year, I finally save enough money to get my own set. My friends and I would practice almost every day after school. We slowly got better and better. For the first 2 years, I was pretty much a bedroom DJ. I eventually started working for a mobile DJ company for about 3 years and then for the last 9 years working at various nightclubs here in Hawaii, San Francisco, San Jose and Las Vegas. 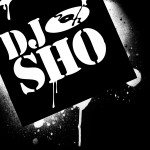 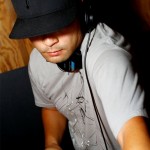 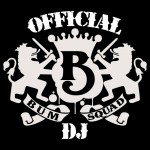 Do you have a particular style of DJing?

I still consider myself part of the old school generation. I grew up learning on vinyl. I also favored the turntabalist side of DJing. That is, I love to scratch and juggle records. It has an added visual performance to my sets. I also grew up listening to a lot of soul music like Marvin Gaye, Stevie Wonder, Michael Jackson, etc… So during my sets, I love to scratch some tracks hear and there but at the same time, I love sampling old tracks where people could recognize that certain melody, hook, or instrumental. Lastly, whenever I can, I try to play some “Golden Era” artists like Beastie Boys, De La Soul, Rakim, etc…

Who would you feel is the crème de la crème DJ of our time?

Without a doubt I feel that DJ Qbert is the “crème de la crème” of all the DJs. He takes it to a new level when it comes to scratching. Just when you think there’s nothing else that can be created or done, he showcases something from outer space. He keeps inventing new scratches and combos all the time.

Can you name some of your influential DJs?

Two of the DJs who have influenced me are DJ Qbert and DJ Packo for their scratching and creativeness. They both take it to a new level and always inspire me to achieve the same level as them. Next would be DJ Craze for his ridiculous juggling routines. I love the group C2C for their “soul” style and their performance as a DJ group. Locally, I enjoy listening to DJs KSM, Eskae, & Delve for their amazing library of music. They always play hidden gems.

What was the one the most difficult challenges you overcame in DJing?.

By far, the most difficult challenge I had to overcome was the first time I entered a DJ battle. I had already been DJ’ing in clubs for a couple of years and was very comfortable with it. But when I entered the first Mai Tai DJ battle a couple of years ago, I was so nervous. My hands couldn’t stop shaking for the first couple of minutes during my routine. My heart was pounding knowing that almost all the DJs on the island was there and all eyes were on me. It took a lot of nerve to walk up onto the stage. But I’m glad I did it and the next couple of battles weren’t as nerve racking as that first time. I would recommend that all DJs try to enter as much battles as they can. It built up my skills and eventually got my name out there more which ended up getting me more gigs.

What’s the best way for someone to start the craft? How important is it to find a mentor?

It’s a lot easier now to start learning it. Back when I started there weren’t many people doing it, so it was difficult to practice. Nowadays, there are so many resources for upcoming DJs. The setups are cheaper now; it’s easier to DJ with just a laptop and a hard drive filled with mp3s, compared to carry around a hundred pounds of records. Also, youtube is very helpful for anyone to learn any aspect of DJ’ing. I still do recommend a mentor. Nothing is better than a one-on-one training session. My mentor is DJ Big John. He’s been DJ’ing for..I don’t know how long. He’s from the old school era. He taught me a majority of what I know now when we worked together at The Celler back in early 2000s. 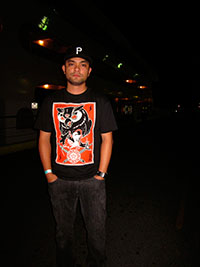 How has DJ’ing evolved through the years? From the Sugar Hill Gang to the C2C franchise?

Just like everything DJ’ing has evolved with technology. Before, all you needed were two turntables, a mixer, and your favorite records. Now, with the introduction of Serato and Traktor, DJs store all their music on their laptops instead of lugging around crates of records. This makes it easier for DJs and they have bigger libraries when they go to gigs. Nowadays, you don’t even need a turntable, which weighs about 35 lbs. Another thing that was introduced to DJs was the midi controller. This gave DJs a chance to become more creative with their sets, which eventually led to the new type of DJs called “Producers.” With their midi controllers and programs like Logic, Sound Forge, and Ableton they are to create songs and beats live during their sets.

What is your gear setup? What do you use?

The tools of the trade are two Technics sl-1210MKII, Rane TTM-57 mixer, Vestax PMC07 mixer, Sony 7506 headphones, pair of Shure M44-7 needles w/ extra stylus’, and an Akai MPD26 controller. At home I use vinyl but for gigs I take my Macbook because it’s a lot easier to bring music plu,s it’s not as heavy as one crate of records. I get my music from a couple of online subscriptions sites I get free subscription because I’m a club DJ. A subscription can usually run a new DJ about $50 each.

How do you see DJing in the next 10 years? Technology, Styles?

In the next 10 years, I feel that a lot of new devices will be introduced to DJs. New battles will be created because of technology. For example, the famous DMC battle were usually held at different cities every year. But now they have enabled online submissions, so that everyone can enter without having to travel to another city or country. But for DJs like myself, I will always stick with turntables and stay true to the old school ways. 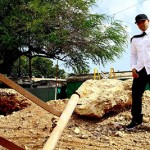 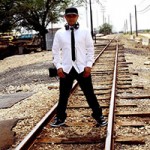 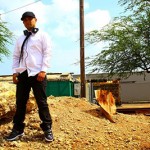 Where can someone go to see your shows or hear your mixes?
Every other Fridays at Pearl Ultra Lounge at Ala Moana Shopping Center and every Saturday at Rumfire, located in the Sheraton Waikiki Hotel.

Complete the sentence: I will survive the zombie apocalypse by…

…going down a hill on a fixed gear and pray I can keep up with the pedals.