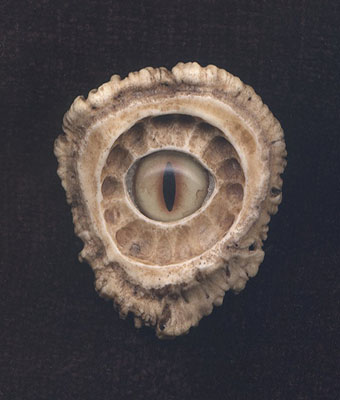 Uncanny Hawaii is honored by an article submission from Hawaiian author Mike Limatoc on the Mo’o Dragons of Hawaii. Mike has dedicated his life to the research and study of Dragon lore.

When one conjures up images of Hawai`i in the mind, more often than not you see rolling white sand beaches covered from end to end in spanning beach lounge chairs and painfully sunburned visitors. Perhaps the skyline of Waikiki and the lanes of unending traffic that snake between the city’s cement obelisks to the modern day tourism trade. If you’re lucky enough, perhaps you’re able to envision the days of old, when royal ali`i walked tall and proud amidst their courts when Hawai`i was still untouched by the western world. But surely, the thought a fire-breathing, ageless reptile that guarded the land and ate humans on a whim never even came close to crossing your mind. No, never dragons in paradise. Right?

In fact, like many other cultures worldwide, the ancient Hawaiians also harbored myths and stories of dragons in their legends and oral histories. Perhaps they weren’t the knight-crunching devil beasts of the old world, or the benevolent water serpents of the far east, but they were indeed powerful creatures that were not to be trifled with. Because of the vast menagerie of cultures that have spanned the globe over the past few thousand years, let us begin at the beginning of beginnings, and define exactly what is a dragon.

The word ‘dragon’ in the English language comes from the Greek word draco which means ‘to guard’, bearing some grain of truth to the western dragon’s notoriety for protecting great hoards of treasure. While this term is applied generally to a number of creatures, great and powerful nonetheless, this behavior is not necessarily shared by all dragons on a culture spanning basis. For instance, the great feathered serpent-like dragons of South America were more akin to gods, and occasionally even demanded human sacrifices in their honor. So, to be fair and even within reason, the definition of a dragon in reference to our current topic can be read as follows: a chimeric creature, with mostly reptilian characteristics, that has a definitive innate ability for the supernatural, and a definable relationship with mankind, whether it be positive or negative. This generalized description covers the majority of dragon-like entities in any number of different cultures, from Japanese sea dragons to the great wyrms of the Celtic druids. But because we are being culturally specific as well, it is only logical to define the dragons of Hawai`i within the boundaries of their own linguistic nomenclature.

The Hawaiian word for dragon, in its most general sense, is Mo’o. While this term has been used throughout the centuries to define any number of creatures, from very real animals of immense proportions (such as large moray eels or particularly massive sea turtles and sharks), to natural landmarks that held cultural and legendary significance, its actual meaning can be defined as ‘lizard’, and it has been applied to several supernatural entities in the annals of Hawaiian legend. For instance, the goddess Hi`iaka is known to have slain several monsters, many of them Mo’o, most notably the mo’o whom she slain when he denied her entrance to the island of Oahu from its eastern shore, and whose tail tip she cast back into the sea once he was killed, creating the small island Mokolii, or modern day Chinaman’s Hat. The goddess is also known to have a fought a Mo’o witch, in human form, who was one of the first entities to attempt at impeding her path through the dream world to save the soul of her lost lover. This characteristic of the dragon being able to take on another physical form is shared by countless other cultures. 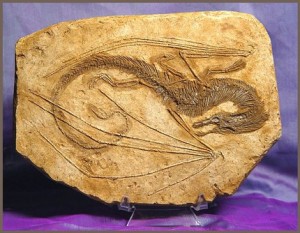 The Mo’o is also known to have an affinity for water, staking claims, to this day, on many of the freshwater bodies across the island of Oahu. This is another feature very common with the image of the dragon: being associated with the most important of all life-giving elements, water. Across Asia, dragons in multiple cultures were seen as protectors and givers of water at times of great need. Even in Europe, scaled beasts were commonly seen spewing forth great tumultuous spouts of water. But from where does this association arise? It’s theorized that the ancient Hawaiians may have carried these legends with them from their home of origin, which is also believed to be a coastal region of South America, which is home to several water-dwelling species of crocodilians. This could have easily lead to future legends of great lizards that dwelt in streams and ponds. Or perhaps, without written historical record, sailors from China or Japan made it as far as ancient Hawai`i, and shared their own culture’s legends with the natives, leading to a similar shared mythos. Or maybe, just maybe, there really were, and possibly still are, great slumbering dragons dwelling on the Hawaiian island chain, just waiting to see the light of day yet again.